So the Big Day is almost here. Only one more sleep to go. I know we say this every year but it really is amazing how quickly it seems to come round. And of course, this year we’re probably approaching it with even more of that strange mixture of excitement and dread than usual because at last, it’s nearly time for the Downton Abbey Christmas Special. Not only that but this year’s festive offering will signal the end for one of the most successful and popular television dramas of all time.

If you’re anything like me, you’ve probably thrown in a couple of extra packets of tissues along with the brussels sprouts because there will be tears and not just because no one likes brussels sprouts.  I suspect that this episode will be less about Christmas and more about tying up loose ends (and there are quite a lot of loose ends) as well as giving as many characters as possible a decent send-off. Of course we have questions. Will Edith finally find a man or is she destined to be a Single Parent for the rest of her life?  Will Mary realise she’s made a terrible mistake in marrying What’s His Name and elope to Florida Keys with Tom? Will the Dowager Countess finally reveal the brand name of her anti-ageing cream?

Like most people who’ve followed the series from the very beginning, although I must confess it was only because of Ethel’s letters that I started watching it in the first place, I shall definitely miss it. However, I’m also slightly concerned that if interest in all things Downton begins to wane, I might find it harder to interest a publisher in My Dear Elsie. I’m not too worried though as I believe there is plenty of fascinating stuff in Ethel’s letters to delight readers who have never even heard of Downton Abbey, if such a person actually exists.

Anyway, short of kidnapping Julian Fellowes and keeping him prisoner in Mrs Patmore’s pantry until he’s written another series, there isn’t much I or anyone else can do about it. In the meantime, I shall keep working on the book and who knows what 2016 might bring? 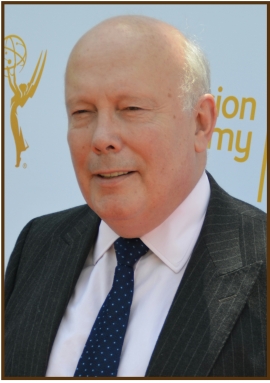